Style It Your Way Sunday 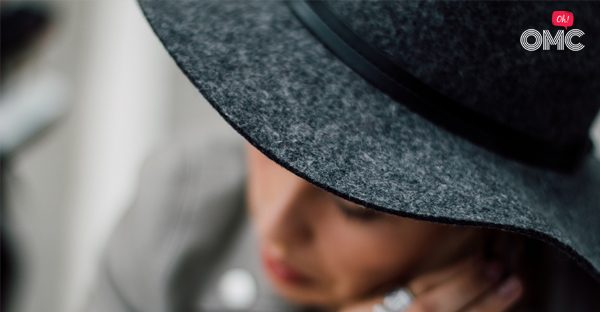 Malaysia is super sunny and hot all year around. Our weather and our clouds just makes it so the sun shines in perpetuality as much as it can here.

So, here’s a question, how come hats aren’t more popular in Malaysia? Sure, you see the occasional young adult sporting a baseball cap, but it’s oddly not part of the Malaysian culture to be wearing a hat daily.

You could perhaps attribute this through anecdotal evidence that most Malaysians don’t work outdoors and have no use for always having a hat indoors. But, let’s consider some solid reasons for wearing a hat in Malaysia.

Probably obvious of a point but there’s a whole wide world of fashion to be unlocked if you start exploring wearing hats. A dash of colour, or a graphic hat can really inject some personality into your daily outfits.

Even if you dress formally for work daily there are hats that would fit business attire like felt hats with wider brims, specifically fedoras (not to be mistaken with a Tribly) and even a cheap knock-off panama hat. Add an accessory to the hat like a bird feather and you’ve really added a lot more options to your wardrobe.

This might not be as big a problem for those of you who don’t have to ear powered glasses which brings the cost down significantly but for those of us with four-eyes it really helps protect your wallet.

Now, hats can indeed get expensive if you know where to look but they don’t really have to be unless you need a winter ready hat which we Malaysians obviously don’t need to worry about. Otherwise, a cheap hat to protect your eyes from the sun is a more financially responsible purchase than sunglasses that you won’t have many places to store if you’re a guy who doesn’t happen to carry a clutch bag.

Sometimes your hair just doesn’t want to play nice or if you’re a guy, you just don’t want to bother putting hair product on that day. You’re lazy, you just want to put on the minimum amount of clothing items and head out to work.

Okay, we get it, sometimes you just have one of those days. You know what’s the solution to that? That’s right; wear a hat…

Go Thrift Shopping At These Three Stores And Give Back To The Community At The Same Time!

Here Are Five Affordable Ways To Look Like Your Favourite K-Pop Idol!

Follow These 4 Tips On How To Save Money On Clothes In Malaysia!

Pokémon Fans Can Now Wear Their Favourite Pokémon On Shirts To Work Or On Dates!

Supreme Throws A Launch Party For Flagship Store In Shanghai. But Supreme Is Not Happy About It! Sounds Confusing?

Are You Willing To Pay More Than RM18,414 For A Plastic Mickey Mouse Bag?

Fit is King for Fashion, Know Your Measurements!

Chanel Icon Fashion Designer, Karl Lagerfeld, Has Passed Away At The Of 85!

This Vietnamese Kids Are Strutting The Runway Like Professional Models!